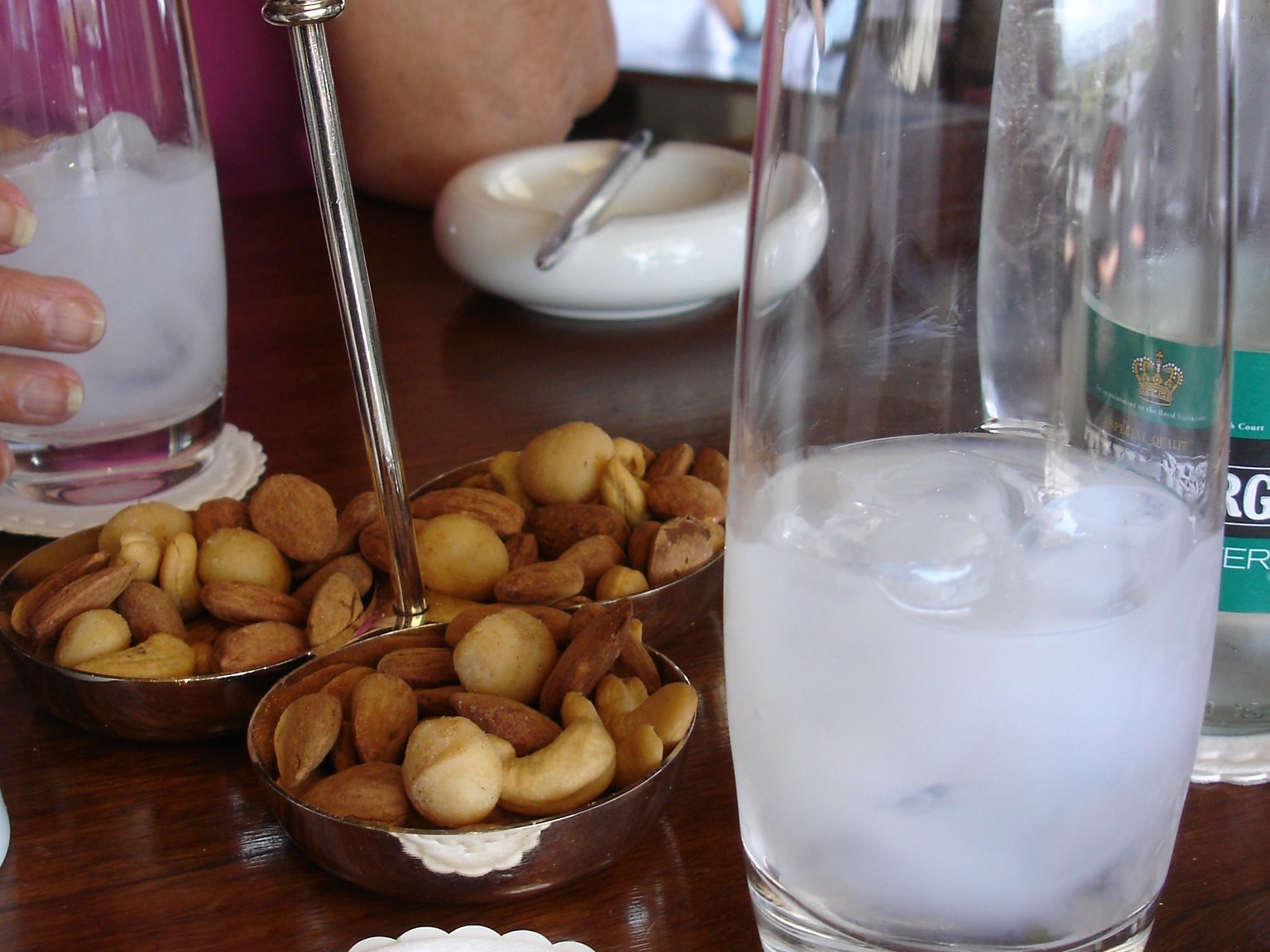 Ouzo is well known as a Greek specialty, a strong apertif enjoyed throughout the country. Famously, it is known to change color from clear to milky white when water or ice is added to it. But why? This is a question that had bothered me for many years. Until recently, it was simply one of those unanswered mysteries of my youth.

It is a question that has obviously concerned scientists as well, stimulated perhaps by the consumption of the divine drink. The more than 3000 (as counted by Google) studies on the subject serve as proof of some kind of scientific interest! For years, scientists have consumed copious amount of the drink and postulated about the phenomenon called the “ouzo effect.” Finally, we now have answers to this great concern of my childhood!

Anise is the plant primarily responsible for ouzo’s flavor. It, as well as some other aromatic plants, contain organic compounds called terpenes. Terpenes are a kind of aromatic oil, which is what gives these plants (and the drinks made from them) their distinct smell and flavor. In a strong drink like ouzo with a fairly high alcohol concentration, these oils are soluble, meaning they dissolve easily, and the liquid is clear. However, when water or ice is added to the alcohol, as is traditionally done, the solubility is reduced, and the oils no longer dissolve. As a result, the terpenes become suspended in the mixture (a process called spontaneous emulsification), which scatter the light hitting the liquid, giving it its iconic milky white appearance!

So there’s the science behind it.

But what’s the real use?

Beyond just being a cool trick, this phenomenon may have had its historical uses as well. In fact, it’s been said that a big reason for ouzo’s popularity may well be that in the old days, the betraying milky color of watered-down ouzo meant that an ancient proprietor could not cheat his customers by serving diluted alcohol.

Does that make it honest?

So, should we call it the “honest” drink?

I know that you honestly can’t beat a glass of ouzo with an ice cube or two, some small grilled fish or shrimp, and broiled octopus on the beach as the gentle sea surf caresses your feet.

1 thought on “Why does ouzo turn white?”