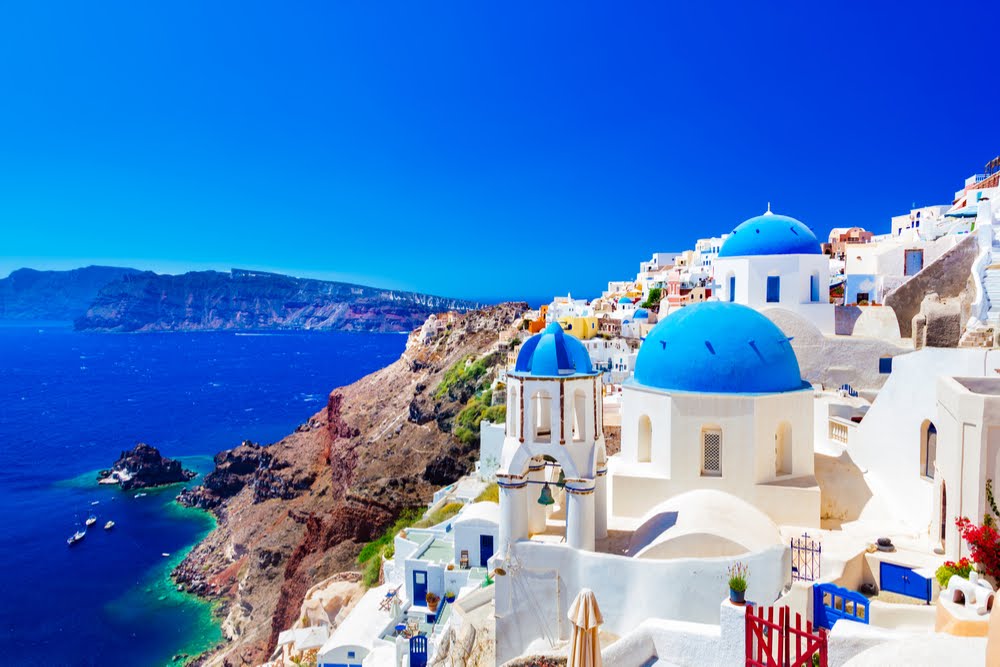 In search of the source of Santorini’s name

Once upon a time, the island best known as Santorini was called Kallisti – ‘the most beautiful one’, and in modern times the official name is Thira, but the world knows it by the name first mentioned around 1100 by a Muslim geographer who wrote about ‘Santurin’, as derived from the island’s patron saint, Santa Irene. If an island has a patron said, surely there is a church devoted to them. We’ve often wondered where that church was – conflicting answers fill the internet – ‘it’s a small chapel off a dirt road between Imerovigli and Oia’, or ‘it’s on Thirassia, on the other side of the Caldera’ … And many (if they even think about it) just assume it must be one of the iconic blue domed churches that line the Caldera from Fira to Oia. The second response was thought to be the standard, correct answer until pretty recently.

Surprise! There’s something big down there

In 1992, while working on stabilizing the ruins of an 8th century church in Perissa on the southeastern part of the island, the ruins of a large basilica from the 5th century were discovered. The size of the church indicates its importance, with 3 aisles and running a length of almost 80 feet. Today we know that some 6 feet below the visible existing structure sits the floor of the early Christian basilica.

The site is surrounded by a fence and one hopes it will someday benefit from the island’s fortunes by a proper excavation. Until then there’s a small shrine outside the fence, where locals pay tribute to their island’s saint while droves of tourists are left to wander the Caldera path, capturing images of the blue domed churches, wondering which one gave the island its name.

Posted in Blog, Expert Insight, Off the beaten path