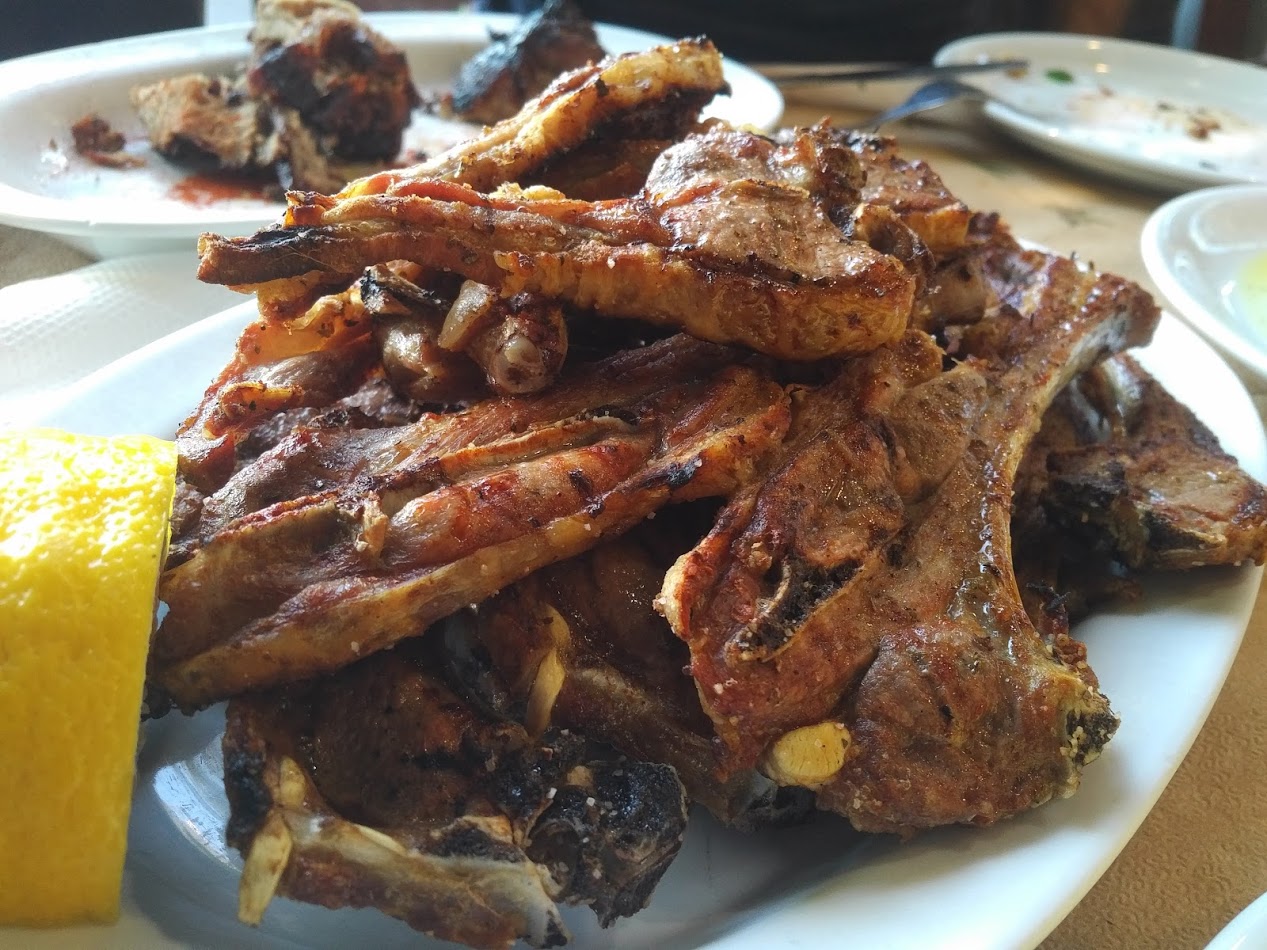 Tsiknopempti, literally meaning smokey Thursday, or BBQ Thursday, has a special place in the heart of every self respecting Greek, as it is the tradition where they eat as much meat as they possibly can. It signals the start of the last weekend that observant Greek Orthodox church members are permitted to eat meat before fasting for Lent. And of course, if you’re not going to eat meat for forty days, you have to make the last day count, right?

Historically, we should think of Tsiknopempti as part of a whole period of religious and folk traditions blent from ancient and medieval Christian times. More specifically, it starts as the three week period before Lent called Apokries, the first week of which is called”Profoni” (Προφωνή -“calling” for the beginning of the Apokries), the second one “Kreatini” (Κρεατινή -the week of meat, Greeks can eat meat during the whole week, including Wednesday and Friday which are normally days of fasting) and finally “Tyrini” (Τυρινή -theweek of dairy products, as the transitional week before beginning Lent). As you might have guessed, Tsiknopempti is the Thursday of the second week, Kreatini and in modern years,Tsiknopempti serves the purpose of the whole “meaty” week.

But enough with history, let’s talk about food, shall we?

Well, a typical Tsiknopempti night for the Greeks includes a majestic dinner, with meat in the spotlight. Of course, salads such as the Greek salad or Ntako are always there, among with tzatziki and tirokafteri (spicy cheese sauce) fried potatoes and popular, local dishes. On the meat menu, you are almost obliged to eat souvlakia, grilled lamb chops, pork chops or just pork steaks.

All those as the main dishes…but, don’t you need something delicious and meaty for an appetizer? Of course you do… Well, there’s kontosouvli and kokoretsi, the first being pork thigh cut in small pieces and skewered with tomato, pepper and onions to juice them up. Kokoretsi on the other hand, is the liver of the lamb wrapped with its guts, skewered together slowly for a couple of hours and spiced with oregano. Have some liters of local redwine or some amazing greek beers, and you got yourself a feast that’ll keep you full for fortydays (not to mention the music of course)!! In general and all over the country, this day is dedicated to its dinner.

Where to celebrate Tsiknopempti?

So, wherever you find yourself during that time, it’s most likely that you’ll end up eating a lot. But someplaces seem like they were made just for that. Throughout the years, some suburbs and villages are the heroes of the night with many restaurants, bigger and smaller taverns ready to host all the Greeks who want to eat and drink and dance and sing. If you’re in Athens, the most famous spots to spend the night are in Chasia, a village located at the forefront of mount Parnitha on the west side of the city, Vari area located at the south and Kalivia, another small village on mount Penteli, on the northern suburbs.

In Northern Greece on the other hand, you can find many traditional events takingplace on the same day, many of which are connected to the weekend of Apokries tradition, celebrating not just the last days of eating meat, but also family and prosperity. You can find the most popular cities for the Tsiknopempti and Apokries events are Xanthi, Serres and Kommotini. So to sum this whole day up, we can say that it’s deeply rooted in Greek traditions, and it’s definitely one of the most anticipated ones every year. A great opportunity to meet up with friends and family (not recommended as a first date), have a big dinner of lamb and pork and sausages of all kinds, drink wine and beer and have a good time. It’s always important to remember the symbolism in these occasions and the days following also, in order to understand best our Greek heritage and culture.