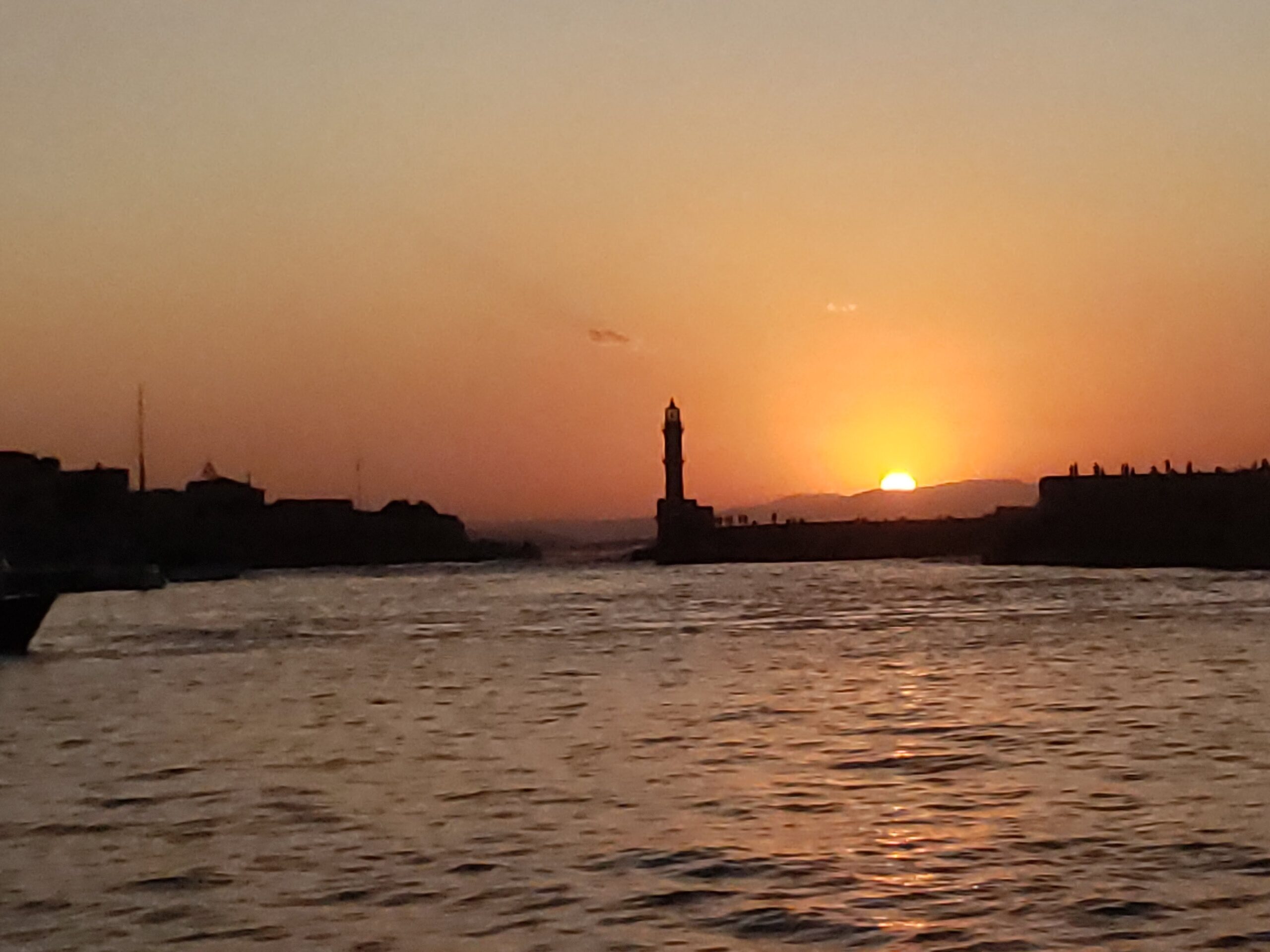 If you’re visiting Crete, most of the to-do lists will have you somewhere in the vicinity of Iraklio, Crete’s largest city and one of the biggest in the whole country. But it’s not the only major metropolis on this majestic island—don’t count out Chania!

Like everything else in Greece, and especially Crete, Chania is really, really old, old enough that Homer gave it a shout-out in the Odyssey, when Odysseus needs to pretend that he’s not actually Odysseus, but a guy from Crete named Aethon. While modern Iraklio was founded in the 9th century CE (only 1400 years old? Yawn) the Chania area has been continuously inhabited for a whole lot longer. In antiquity, it was the site of a great city called Kydonia, founded by a son of Hermes or Apollo (either or, apparently) named Kydon, all the way back at the beginning of the Minoan civilization, considered by archaeologists to be Europe’s first true “culture.” Since then, it’s gone through a lot. Like the rest of Crete, the shuffling around of power from the Byzantines to a group of Muslim Andalusians, back to the Byzantines, then the Venetians (and, for a few years, Genovese) and the Ottomans before finally gaining independence around the turn of the 20th century. That’s a lot of cultural shifting, and in great part what gives Crete its character.

So, what kind of character can you find in Chania? It’s built around a natural harbor on the warm waters of the Mediterranean, so there’s a remarkable sense of simultaneous calm, excitement, and aesthetic pleasure as you stroll through the ancient alleyways of the old town along the sea. In the span of just a few minutes, you can walk from the somehow old and futuristic looking Ottoman “Mosque of the Janissaries” to the even older and also spectacular Venetian Church of Agios Nikolaos. Like any other good Greek community, it’s got a fantastic archaeological museum housed in an old Venetian monastery right in the middle of the old town, and there are also some other low-key locations of historical interest, like the house of celebrated Cretan revolutionary and Greek statesman Eleftherios Venizelos. If you’re one of those people who religiously follows soccer, Chania is definitely the place for you. I wouldn’t have guessed it, but it’s home to to Museum of the Greek National Football Team, which is a must-visit for any fan.

Chania is a also a pretty popular tourist destination among Europeans, so in addition to the all of the classical sites and museums you expect to get out of a Greek vacation, there’s plenty of excellent restaurants, shopping, and modern amenities to keep you occupied in between some of the history lessons. I’d recommend you try to hear some music while you’re there. Cretan folk music has a long history, and it’s unique and a little bit different from, well, pretty much anything else on earth! Cretan culture in general is super interesting, so while you’re there, all I can tell you is to just take in as much as you can, and it’ll be truly unforgettable.